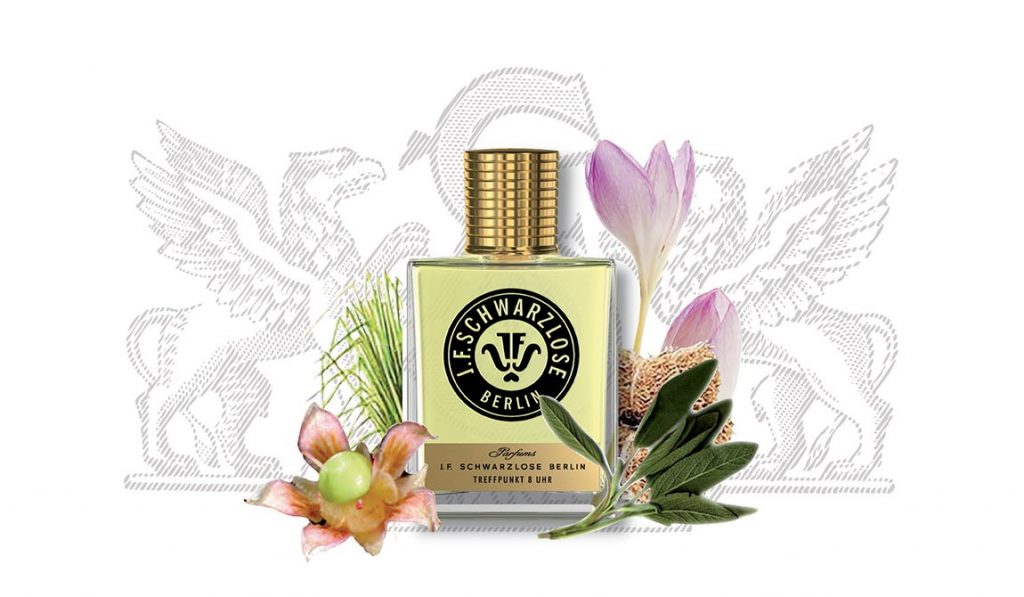 The excitement of a blind date.

Treffpunkt 8 Uhr (Rendez-vous at 8 o’clock) a further new interpretation of a Schwarzlose classic is richer in contrast; a fragrance that captures the thrilling anticipation of a rendez-vous with all its connotations.

The exciting vetiver fragrance had its name for a long time. In the golden twenties of Berlin it symbolized the legendary Berlin nights, in which the international art scene came together. Celebrities, such as Marlene Dietrich or Josephine Baker, were well-received guests in the clubs of the city and contributed to the glitz and glamour of the scene. Treffpunkt 8 Uhr was considered a sporty men’s fragrance at that time. But that did not stop the famous French dancer and actress Josephine Baker from wearing it. Today the fragrance is officially a unisex perfume and convinces with the fresh ginger and mango chord in the top note and the seductive vetiver heart in the base note. There’s no better olfaction translation for the anticipation of a date that is hinted in the name of the fragrance!

There are no reviews yet.

Be the first to review “TREFFPUNKT 8 UHR” Cancel reply